A Little Piece of Me Died Today 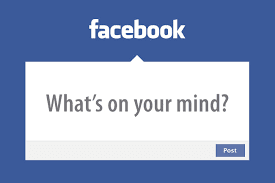 A little piece of me died today.  Imagine reading those words on your friends Facebook page.  You would immediately be concerned, worried and feel the need to comment--maybe even want to fix the problem.

John:  Thinking of you.

Mary:  Praying for you.

We would automatically assume the worst...this is bad.  After all death is terrible, it's the end of something.  No Mulligans, no do overs, no..."sorry 'bout that."  It's final.

Well, I'm happy to announce, a little piece of me died today, and it was a good thing.

It was pride, selfishness, unforgiveness, anger, jealousy,  you fill in the blank.  It might be any number of sin issues.

Once you surrender your life to the Lord, it's time to put some stuff to death--let it die already!

Jesus paid the supreme sacrifice by His own death, and the shedding of His blood.  Now, I am able to proclaim--Thank you Lord Jesus, because--a little piece of me died today.
No comments:

A few weeks ago, I finally decided to put together this puzzle I've had for almost two years.  I'm a bit obsessive when it comes to puzzles.  So, I know when I start one it will consume me until it is completed.  I also pride myself in putting them together pretty fast, but not this time.

This one nearly beat me.

Twice, I almost collected the half put together creation and dumped it all back in the box.  I'm telling you the truth, 70% of the pieces were black or nearly black.

I would get fed up and walk away only to be drawn back to the puzzle a few hours later.  There was this one piece that I picked up over and over again and tried to fit it in what seemed to be the most obvious place--but it didn't fit. The size was right and the colors matched but the piece wouldn't fit.    It was beyond frustrating.

WHY?  Why do I work these crazy puzzles?

Here's why...because when that one piece finally slides into to place--it is oh-so-satisfying.

Maybe puzzles aren't your thing--but we all love when something fits:

In I Samuel 17, David understood the concept of things that didn't fit.  He tried to wear Saul's armor--but it didn't fit, however, just because it didn't fit--he didn't quit.  Not David, he worked out the problem and accomplished an awesome feat that day.


I Samuel 17:38-40 (CEV) say this:
Saul had his own military clothes and armor put on David, and he gave David a bronze helmet to wear. David strapped on a sword and tried to walk around,
but he was not used to wearing those things.
“I can’t move with all this stuff on,” David said. “I’m just not used to it.”
David took off the armor and picked up his shepherd’s stick.
He went out to a stream and picked up five smooth rocks and put them in his leather bag.
Then with his sling in his hand, he went straight toward Goliath.


Everything in me wanted to chuck that puzzle about the fifth time I tried to fit the same piece in the same opening without success, but I plugged away at it.  And I finished the task.

God may be trying to teach you a lesson in perseverance or trust.  He may be putting you in place to be a giant-slayer.

Keep at it--even when it doesn't fit--there are lessons to learn.
No comments: 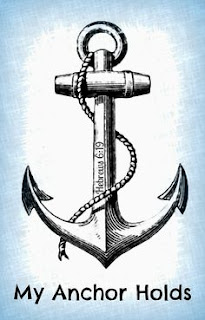 I'm on a cruise in Alaska.  It's awesome!

The ocean waves remind me of a sermon my husband preached a month ago, "Falling Away."  He shared how it was a gradual process--one small step at a time. He told us that this term used in the book of Hebrews is actually a nautical term.  This term brought back a memory from my teen years.  Also...I'm sure the obvious is not lost on you--I'm on a cruise in Alaska.

Back to my point:  I lived on a lake all through my teens, and we had a floating raft that we would swim to from our dock.  It was a great place to lay in the sun or jump off into the deep water.  It was anchored with a heavy cement block attached to a chain.  The anchor kept the raft from drifting away.

It didn't matter if we pushed off from that raft with all our might while diving into the lake or if boats went by sending waves crashing into the raft.  It stayed right there about 20 yards from the end of our dock.  Storms didn't move it nor did 10 teenagers jumping off all at the same time.  It was not going adrift because the anchor held that raft in place.

Hebrews 6:18-19 (NKJV) says.  "...we who have fled to take hold of the hope set before us may be greatly encouraged. We have this hope as an anchor for the soul, firm and secure."

This world is our temporary home and we have learned to live with the constant pushing and pulling against our Anchor.  It may come by way of discouragement, testing or trails pulling like gale force winds, tugging at the very core of our being.

Yet, we who have taken hold of the hope (salvation through Christ) should be encouraged that our Anchor is Christ.  Come what may--this I know--My Anchor Holds!

Flying Under The Radar 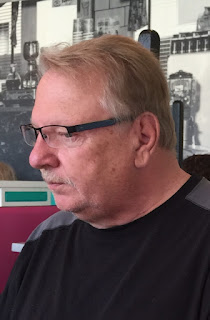 My husband isn't speaking to me.

He won't even look at me.

Don't put us on the prayer chain...just yet.

His behavior is rooted in fear.  Yes, he's afraid...of me...and the power of the pen. He's trying really hard not to say or do anything that could potentially become one of my devotional illustrations.

The other day we were laughing about how I use the simplest of things in my life to write these devotionals.  He joked about wanting to stay off my radar in fear that he may become a spiritual lesson on the internet.

"Radar, you say!  That would make a perfect devotional...got ya!"

I can fully relate to wanting to stay off the radar--God's radar that is.  I use to fly so far under the radar--my feet could touch the ground.  I thought if I could stay off God's radar--he wouldn't ask me to do anything.  I was like the toddler that covers her eyes believing she is invisible to everyone.

I too was hiding.

News Flash:  Our All Knowing God does see.  He sees what's on the radar and what is trying to fly under the radar.

He spoke to me.

He gently prodded me to move from my safety zone into the action.

Writing weekly devotionals (43 weeks now--yeah me!) has put me dead center on the radar screen.

Writing a book put me dead center on the radar. Interesting thing about being on the radar--not only God sees you but Satan does too.

Titus 3:1-2 (NIV) reminds us, "...be ready to do whatever is good, to slander no one, to be peaceable and considerate, and always to be gentle toward everyone."

I'm going ahead and putting this out there...I'm done flying under the radar!  Are you?
1 comment:

We've had little rain this past month. (July 2016) However, the last few days of July we finally had some significant rainfall.  It poured like a flood from the sky and drenched everything and everyone in it's path.

The rain got me thinking about three things.  First, the rains that come fast.  It pours with so much force that the ground resits.  There isn't time for the water to penetrate into the soil and nourish the roots.  It usually will run off and puddle at the lowest place.

Then there is the rains that come slowly--gently saturating into the deep places--steady and consistent. This is the rains that dry ground longs for.  This type of ground needs to be soften before it's able to accept all the good things that rain has to offer.

Spiritually speaking, I've known all three of these in my life.
When I'm in a dry ground season of life I try to remember this--it's that long lingering in the presence of the Lord that will slowly, gently penetrate to the depth of my problem.


Isaiah 58:11 in the (GW) translation says this:
The Lord will continually guide you
and satisfy you even in sun-baked places.
He will strengthen your bones.
You will become like a watered garden
and like a spring whose water does not stop flowing.

Next time your day is dark and gloomy with a drizzling rain be reminded of the slow penetrating work of the Spirit that softens dry ground.  The presence of the Lord will satisfy even the sun-baked places and strengthen you.  Making you like a watered garden--like a spring that doesn't stop.  Don't be quick to leave the presence of the Lord enjoy the gentle rain of the Spirit.   It will produce good results.