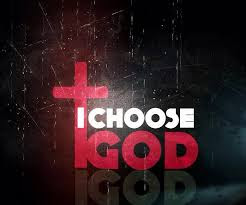 My three children did not get to weigh in on me as their mother.   It was the luck of the gene pool draw that each one became my child.

I tried my best to be the kind of parent that brought loving correction and spiritual training to their young lives, but I was far from perfect.

Now that my child-rearing years are far behind me, I can look back and contemplate with objectivity my parenting skills.

As a young mom, I was not always longsuffering or patient with my sweet children when it came to bad behavior.  I was in my early twenties when my two sons were born, and I ran a tight ship when it came to obedience.

Then at 29, surprise, my daughter was born.

My sons may disagree with me, but I do believe all three of my children were held to the same high standard of behavior.   However, I can admit, the types of punishment for the girl was less corporal in style and more instructional.
The theme of the book of Nahum, one of the twelve minor prophets in the Bible, is that the guilty will be punished, and those who place their trust in God will be rewarded with protection.

The Lord is slow to anger but great in power;
the Lord will certainly not allow the wicked to go unpunished.

God may be slow to anger but he is far from an uninterested or indifferent parent.

Our Heavenly Father does not ignore the guilty.  They will receive punishment if they do not repent of their evil ways.  We see this truth played out over and over again in God's Word.

God does not ignore evil.  Something we hear far too little these days is that punishment is coming for those who choose to embrace evil ways, principles, and practices.

The good news for every child of the King is that our Heavenly Father will protect those who place their trust in Him.

My children didn't get to pick me as a parent, but each of us have the priliviage of choosing our spiritual parent; God the Father or Satan.

Choose wisely, where you place your trust.

When my 2nd son's family come to visit, they love to play games around the table in the evening.  I enjoy joining in the games with them because I want to be with them.

The game my son wanted to play was new to me and require an explanation for this newbie.

When I play a new game, I like to have all the information at the beginning of the game.  I don't like it when the rules change, or new rules are added as we go along.

The last game I played with my son's family was over a month ago.  As he was explaining the game to me, he needed to freshen up on the rules himself.  He pulled the rules from the box and to my surprise the rules were in Chinese characters.

I made a humm sound then added, "I guess, I'll have to take your word for it."


When it comes to rules, the same is true in my Christian life.  I wouldn't like it if I worked hard to learn what is expected of me from the Lord and then ten years goes by and God throws down some new rules.

Nope, thank goodness that's not how He works.

God has given us His Word--rule book--in the Old and New Testaments.  Nothing has been added or taken away for all those who chose to follow The Bible.

In Micah 6:8 (NIV), I love that God tells us exactly what He requires of us.

He has shown you, O mortal, what is good.
And what does the Lord require of you?
To act justly and to love mercy
and to walk humbly with your God.

This verse breaks it down so simply.  Just three things to remember.
I think I can remember these three-game rules just fine.
Because HE doesn't change the rules! 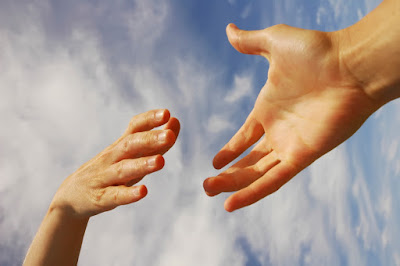 I'm a firm believer in justice for all, but sometimes I forget the mercy part.  I'm thrilled when mercy is extended to me and those in my circle, but when another person, who I may not agree with behaves badly--well--maybe they just deserve everything they get.

Actually, I really do like it when the same rules apply to everyone.  I don't like it when one person gets special favor, while another person is excluded.   I think the term fair play comes to mind.

In the book of Jonah, the main man himself was struggling a bit with fair play.

Jonah was told by God to go to Ninevah.  He disobeyed God and went the opposite way.  After some amazing things happened to Jonah, he repented and obeyed God by going to Ninevah and telling the people to repent of their ways.

The great part of this story, even bigger than the fish, was that the people of Ninevah listened to Jonah and repented.

In Jonah 3:10 (NKJV) it says this, Then God saw their works, that they turned from their evil way; and God relented from the disaster that He had said He would bring upon them, and He did not do it.

You'd think this would be the end of the story with a big, fat happy ever after.

Who wouldn't be happy that a whole town changed their evil ways and followed after God?

Who wouldn't be thrilled that people heading for distraction were rescued from the hand of judgment and given a second chance?

Who wouldn't be elated that God used them as an instrument to share His love with others?

In chapter 4 of the book that carries his name, Jonah was angry that the people repented.  Why would he have rather seen Nineveh destroyed than repent?

Here are a few reasons why.

Do you struggle with your own version of fair play?

Be careful when you tell God what fair play is because you may not want to be judged by the same standard you’ve set for others.

God has forgiven you…now what will you do? 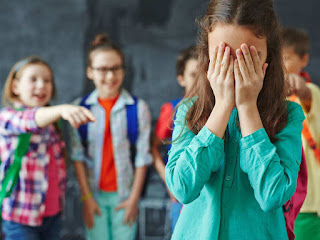 I really dislike bullies.  As a child, if you've ever experienced the pain of being bullied, as an adult, you want to make sure you positively influence every child in your care to be loving and kind.

I was bullied in the 6th grade.  I remember it well.  A girl in my class disliked me and tried often to do mean things to me.  As much as possible, I tried to fly under her radar.  Most of that year, I endeavored to have minimal interaction with her.  But, all the while, I was well aware that she meant me harm.

The book of Obadiah is known for being the shortest book in the Bible.  This Old Testament book has one chapter compiled of 21 verses.  This brief prophecy tells of the Edomites' who were bullies that mistreated the Israelites (God’s people).

These bullies found out by the end of the 21 verses what would be their fate.  They discovered that the kingdom shall be the Lord’s and while we all know that suffering does exist in the world, God takes care of His people and His Kingdom will advance. Spoiler alert:  WE WIN.

This book is an encouraging word to a suffering people.  The prophetic word that Obadiah gave, basically told God's people;  “Don’t worry about those who turn a blind eye to your physical needs, those who rejoice when you are weighed down with problems, those who couldn't care less about your pain, those who join hands with others to plot against you."  God says,  "I see.  I know.  I will take care of them and you."

In Obadiah 1:17 & 21 God gives the Israelites these encouraging words.

17 “But Jerusalem will become a refuge for those who escape; it will be a holy place.  And the people of Israel will come back to reclaim their inheritance.

21 "Those who have been rescued will go up to Mount Zion in Jerusalem to rule over the mountains of Edom. And the Lord himself will be king!”

After the 6th grade, my bully moved away and so did I.  I never saw her again until I was 16.  When we were reacquainted in a driver's training class, I saw that her life was already spiraling out of control, and mine was blessed by the Lord.

She was still a bully and tried to once again bully me, but this time I shared the love of the Lord with her.  She refused the Lord and walked away from me.  Following that class, I never saw her again.
Whatever difficult situation you may be going through,  remember, you are a child of God, blessed of the Lord.  He will provide for you a refuge, a holy place, and you will reclaim what the Lord has promised you.  You have been rescued, and given a place of authority where the Lord himself is King!