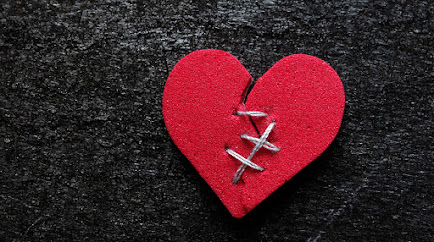 I'd like to believe every time a person has the courage to tell someone they are sorry, that the other person will be humble, merciful, and forgiving.   But that's not always the way the, "I'm sorry," happens.

When a sorry is coming, sometimes it’s good, if a little groundwork is laid beforehand.

At least that’s what Paul did in the book of Philemon.  He prepared the ground for Onesimus to seek forgiveness.

The New Testament book of Philemon is a small, one-chapter book made up of 22 verses.  This book tells the story of a wealthy landowner named, Philemon and his runaway slave, Onesimus.

In those days, the Roman Empire had given slave owners the power to put their runaway slaves to death.  Paul's letter to Philemon paves the way for the runaway slave, Onesimus to return to his master to make things right.

There are three main characters in this story.

·      And Onesimus, the guilty one seeking forgiveness.

If I had to pick a hero in this story, it would be the slave, Onesimus, he had everything to lose by returning to his master.  Yet, as a new believer, he wanted and needed to make things right.

If he has done you any wrong or owes you anything, charge it to me.

There’s someone else in the New Testament who also willingly took the wrongs of others.  When Jesus hung on the cross for the sins of the entire human race, while those around Him were hurling insults.

When it comes to repairing broken relationships, forgiveness is the glue.