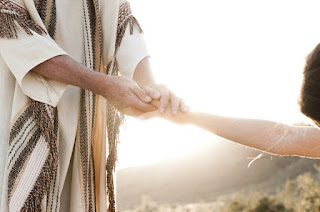 Over the past 20 years, I have been the wedding planner for our church.  My main job as the wedding planner is to get everyone in the wedding party from Point A to Point B in a seamless flow.  This is what I hope will happen, but that's not what always does happen.
For example, my worst nightmare--the aisle runner.   I really hate those things.  I'm praying the whole time the poor person chosen to pull that tangled mess down the aisle, doesn't end up with a disaster.
During the procession, I've seen bridesmaids who have tripped on their dresses, dropped their flowers, and stood in the wrong place at the altar.
And let's not forget about the fainting groomsman.  That's always a crowd-pleaser.
What about the children in the wedding party?  They are always the wildcard.   You never know what’s going to happen when they start their journey down the aisle.  I’ve seen children drop to the floor in a pool of tears and have to be carried away in a heap, while others have bolted down the aisle like contenders for the Olympics.
All of these distractions quickly vanish when the bride enters.  All eyes are on her as she is escorted in by her father or someone of significance in her life.  While everyone's eyes gaze on her, my favorite place to look is directly at the face of the groom.

When he sees his future wife enter, his expression reveals the emotion in his heart and that joy is priceless.
The bride's entrance is a pronouncement that she is choosing him.  Her movement towards him says I trust you.  I come willingly.  I love you.
In reply, his face is saying, I accept you.  I'm here for you.  I love you.

The book of Esther is the story of a brave queen.  There are so many aspects of this story worthy of mention, but there is one above all others that speaks to me of courage, love, and acceptance.

Esther is confronted with a difficult decision that could put her own life in danger.  Her choice to go into the King uninvited could very well mean her death as is clearly stated in Esther 4:16.

“I will go to the king, even though it is against the law. And if I perish, I perish.”

Esther's willingness to die to save her endangered people shows her strength of character to stand against the tide.  There are occasions in life when we must take a stand, even when that stand is unpopular.

And when he saw Queen Esther

standing there in the inner court, He welcomed her,

Holding out the golden scepter to her.

So, Esther approached and touched its tip.

This has always been one of my favorite verses in the book of Esther.  There is a slight similarity between Esther coming into the King and the wedding ceremony of today.  It is a beautiful act of acceptance as the husband extends his hand to his bride and she puts her hand in his.  This simple gesture is a show to all who are watching that he accepts her.

The difference between a wedding today and Esther presenting herself uninvited to the King was that Esther knew if the King did not raise his scepter to her, she would be put to death for coming into his presence uninvited.

This story causes another King to come to mind--another Husband whose laws are vastly different than the King of Esther's time.

This other King has no restrictions about those who come into His presence.  With Him, that royal scepter is always extended to whosoever will.  This King's joy overflows at the sight of His bride.

This Husband-King is Jesus and He's saying to us now and forever...

Therefore, let us confidently approach the throne of grace


to receive mercy and find grace whenever we need help.
Hebrews 4:16 (NET Bible)