A Person of Influence 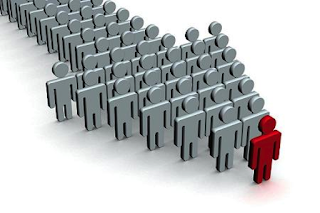 Today is the beginning of 2020.  It's a brand new year and the perfect time to make some changes!

Throughout my life, people have influenced me both negatively and positively and for this very reason, when my children were young, I tried to control who spoke into their lives.

As much as I tried to control things, a few friends always crept in who had a negative influence.  These were the friends who encouraged my children to lie about where they were going or what they would be doing.  Like engaging in non-mom approved activities.

Even though there were youthful blunders, I'm thankful that all my children chose to follow the Lord.

...And now it's payback time for them.  It's their turn to hope and pray that each of their children will be influenced by people in positive ways.

In the Old Testament, Ezra was a man of influence in his community.   I love what Ezra 7:10 says.

“For Ezra had devoted himself to
the study and observance of the Law of the LORD,
and to teaching its decrees and laws in Israel.”

Ezra was a great leader of God's people because his life and heart were devoted to the Word of God.

Ezra not only studied God's law, but he also did what was written there.   It was his personal mission to know and to obey God’s Word.  Ezra's life displayed the power of one dependent upon the hand of God.

Another thing we can learn from Ezra's life was that he had influence with the King of his time.  In Ezra, it says, “For the hand of the Lord his God was on him.”

Because of this, the King granted Ezra whatever he asked.

When I examine my life, I am well aware of the times I've fallen short in being a person of positive influence on those around me.  But this is a new year, and it's time to once again take inventory.

Here are a few questions I'm asking me at the beginning of 2020, and if you would like to take inventory of your life, ask yourself these questions.

Am I devoted to the Word of God?  It's a new year.  Even if you don't read the whole Bible through in 2020, make a decision to read a portion of God's Word every day.

Am I dependent on God?  Don't try and figure everything out all on your own.  Ask God for direction.  Then be quiet and see what God speaks to your heart.  He will do that when we're quiet before Him.

Can others see God's hand on me?  Be a godly example in word and deed to those around you.  It may take time, but eventually, you will move from being a negative influence to becoming a person of influence, one that the hand of the Lord is on.

Do you desire to be a Person of Influence?

If so, here's a great place to start; Bible reading, dependence on God, and living a life that displays to others God's love and mercy.