Most people’s views can be summed up in one of three colors; black, white or gray.   Black or white referrers to how we interpret right and wrong.  It’s either one or the other with no place in between unless you find yourself in the gray zone.  (...and you know who you are.)

Choosing to be firmly rooted and unmovable in your views can be a very happy place if you are the only human being living on the whole planet.  But, as soon as another person arrives, there will be an opinion different than yours--sooner or later.

...and how are you going to handle that?

Here's how Adam, the first person on earth, handled it.

God said, "It’s not good for you to be alone," So he made Eve for Adam and he was ecstatically happy with his gift.  Until he made a bad choice.  Then Adam said to God, “This woman YOU gave me, made me do it.”  (My paraphrase.)


Hum?  It sounds like Adam was neither black or white when it came to his own disobedience.  By blaming Eve, he wanted a pass into the safety of the gray zone.

In 1 Kings 3:9 (ERV) King Solomon said, “…So I ask you to give me the wisdom to rule and judge them well and to help me know the difference between right and wrong. Without such great wisdom, it would be impossible to rule this great nation.”

In King Solomon's request to God, there was no mention of the gray zone when he said, “Help me know the difference between right and wrong.”

What King Solomon didn't ask was, "Help me to keep everyone happy or help me to compromise to keep the peace."

Solomon's powerful prayer is a reminder to us today that we need to ask God for help, direction, and wisdom in all our decision making.

And when we mess up, (and that’s a given) we shouldn’t blame it on someone else.

“Dear Jesus, Help me know the difference between right and wrong, and when I’m wrong, help me make it right.”

How much did that cost? 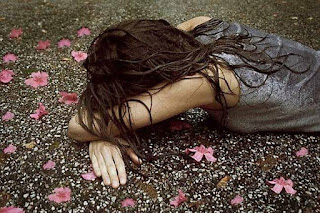 I know it's rude to ask how much something costs, but it's a curiosity that we all have.

Most of us have the decorum to hold back, but sometimes in the right situation, I've been known to ask this question, "How much did that cost?"

Recently, I bought a new (to me) old desk off of Facebook Marketplace.  I didn't want to pay any more than the budget I had set for myself.  Then the negotiations began, I ended up paying $10 above my budget because I saw potential in the old desk.  I knew I could clean it up, repair it, and the desk would be beautiful.  It turned out to be an easy job with the help of Old English and some wood glue. 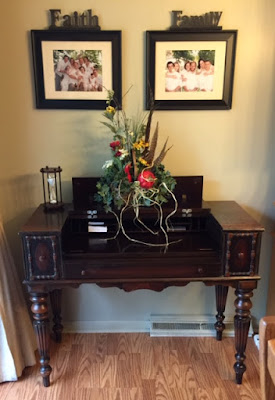 I bet you'd like to know what I paid for it!

When you are the one paying for something--you tend to value it differently.  Don't get me wrong, free stuff is great, but when you put down your hard-earned money, that purchase is all the more precious.

King David understood this principle.  In 2 Samuel 24:24, he was preparing to make an offering to God.  Araunah saw it was the King who was interested in making a purchase, and he wanted to give him the grain for his offering to bless the king, but David said this.

But the king replied to Araunah, “No, I insist on paying you for it. I will not sacrifice to the LORD my God burnt offerings that cost me nothing.”

We don't practice burnt offerings like they did in the old testament, but there is an offering that we do practice today that will cost us something.  It's the offering of true worship.

Remember the woman who anointed Jesus feet with the costly perfume, that cost her something.  Not only did it cost her money, but she took some criticism for her offering of worship--but she still poured her offering out on the feet of Jesus.

What is the cost of your worship?

About 20 years ago, during a difficult time in my life, I was listening to a song with these words, "You don't know the cost of my praise." (Alabaster Box)

My father-in-law was dying and I was far away from him in another state.  He had been an amazing, generous and kind person to me for the 25-years he was my father-in-law.   As I listened to the words of that song, I began to worship the Lord.

Instead of asking the Lord for anything, I worshiped.  In those moments of deep sadness, I didn't want to worship, but it was all I could do.  I was sad, brokenhearted, but God had another plan.  He met me in my worship and comforted me in a way only His presence can.

Are you going through a situation where you don't feel much like worshiping the Lord?  Remember what King David said and remember the woman who anointed the feet of Jesus.  Their praise cost them something.

No matter what is happening in your life right now--find time to worship Him.  Even if it cost you.

No one knows the cost of your praise.

It's all about the heart! 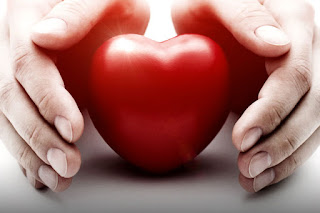 Have you ever looked at someone's outward appearance and made a determination based on that?

I've looked at people who were dressed poorly and decided they were lazy and choose poverty over hard work.

I've seen married couples or those dating and wondered what does he see in her or she in him.  What brought them together?

I've met people in group settings and made a snap judgment that she's too loud or he's too bossy.  Come on, I know, I'm not alone in this.

Actually, if you have felt as I have, we're not alone.

In 1 Samuel, David was passed over by his own father.  Jesse, the father of David, called all his sons to be examined by the Prophet Samuel as the possible successor to King Saul.  But guess who was overlooked?  Jesse's youngest son, David, remained in the fields tending the sheep.  His father and brothers didn't even consider him a worthy contender for the job.

David was unaware that he wasn't being considered and the reason was mostly due to the way he looked.    Each time Jesse brought another son to be examined by the Prophet, Samuel thought surely this will be the one.

But the LORD said to Samuel, "Do not consider his appearance or his height, for I have rejected him. The LORD does not look at the things human beings look at. People look at the outward appearance, but the LORD looks at the heart."  I Samuel 16:7

I'm not proud of the occasions when I've judged on the outward appearance before I allowed myself to become familiar with the depth of a person's character.  In this Bible story, I'm sad to say, I identify more with Jesse here than God.  Many times, I've been guilty of looking at only the outward.

What I've learned on these occasions is another's kindness in action has the power to change what I see with my eyes.  The spiritual depth of a person has a way of blinding me to outward imperfections.  One's virtue is better than cosmetic surgery, makeup or a diet.

I'm so thankful that when God the Father looks at me--and you--it's the heart that he sees not the wrinkles, crooked teeth, age spots, gray hair, bald head, weight, posture, or the style of clothes we wear.

It's all about the heart, so guard it well.

How can I make this better? 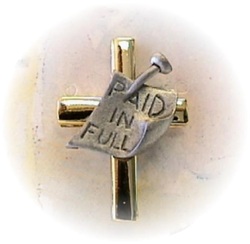 Election Day was yesterday. I hope you voted!

In my circle of influence and from my own perspective, I can see things that are wrong.   I may not have a perfect solution for making everything better, but I like to think I try to do the right thing.

The book of Ruth was written during the times of the Judges.  This was a time when everyone did what was right in their own eyes.  That sounds like our society today.  In the time of the Judges, this question was seldom heard, How can I make this better?

Then the book of Ruth appears as an oasis in the desert--a story of hope, in times of spiritual darkness.  Ruth's story shows us that in spite of what we saw in the book of Judges with the evil and wickedness, there are people of principle and faith to be found.

For the sake of keeping this short, there is one thing that I want to look at in this book--the kinsman-redeemer.  Even though scripture does not record it, I believe Boaz could have easily asked this question when he heard of the plight of Ruth, How can I make this better?

In Ruth 3:8-13, when Ruth goes to Boaz in the night, he is asleep on the threshing floor.  Women who frequented these kinds of places were not of good reputation.  But it is here, in these verses that we see Boaz awakened and he is given the opportunity to make Ruth's world a better place.

At midnight the man was startled and turned over, and behold, a woman lay at his feet! He said, “Who are you?”
And she answered, “I am Ruth, your servant. Spread your wings over your servant, for you are a redeemer.”
And he said, “May you be blessed by the Lord, my daughter. You have made this last kindness greater than the first in that you have not gone after young men, whether poor or rich. And now, my daughter, do not fear. I will do for you all that you ask, for all my fellow townsmen know that you are a worthy woman. And now it is true that I am a redeemer. Yet there is a redeemer nearer than I. Remain tonight, and in the morning, if he will redeem you, good; let him do it. But if he is not willing to redeem you, then, as the Lord lives, I will redeem you. Lie down until the morning.”
Ruth 3:8-13 ESV

If you are not familiar with the rest of Ruth and Boza's story, here it is in bullet points.

Boaz's act of love to redeem Ruth and make her life better is what Jesus did for us.  This is not recorded in scripture verbatim, but I like to imagine it could have gone something like this.  Our kinsman-redeemer, who is Jesus, could have asked this question to God the father when he saw the devastation of mankind.  "How can I make this better?" 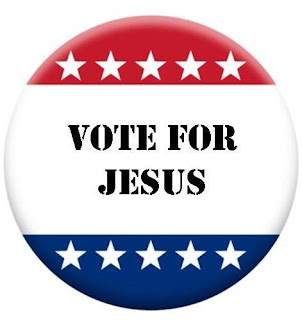 We were all like Ruth, without protection in a dangerous place and like Boaz who took the corner of his garment and covered Ruth, Christ has become our Kinsman-redeemer and covered us with His own blood and became our protection.

We may not be able to right the wrongs of this lost world with a single vote in a public election, but I know my Kinsman-Redeemer has a plan to bring all enemies under His feet and in His time.