Living with the Enemy 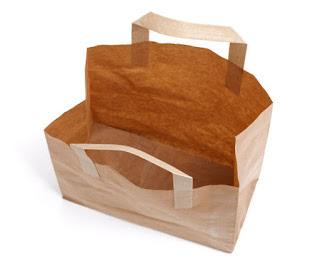 My favorite pair of shoes are from a garage sale for .50 cents.  I love those shoes.

Some people are unwilling to settle for anything except exactly what they are looking for, or in other words—they won’t compromise.

I’ve compromised plenty in life.  I shop at secondhand stores, dumpster dive, Craigslist, Marketplace and on garbage day I'm super excited at the thought of finding some free trash at the curb that I can repurpose.  After I haul the broken thing from someone's garbage home, two weeks later, it's back out to the road because--IT WAS TRASH!

Of course, I would rather have new and perfect, but I’ve learned to settle for less than the best.

Spiritually speaking, this is not a great plan.  In the book of Judges, God’s people practiced this same kind of principle of settling for less.  Throughout the book of Judges, they chose to compromise.  It was easier than being obedient.   Living with their enemy became familiar and comfortable--until it wasn’t.

And when their lives became unbearable, the Children of Israel would cry out to the Lord, and He would hear their cries.

I wonder why did the Children of Israel settle for less than the best and put themselves through so much heartache.

Judges 2:1-3 tells us what happens when we choose compromise over obedience.

The angel of the LORD…said, "I brought you up out of Egypt and led you into the land that I swore to give to your forefathers. I said, `I will never break my covenant with you, and you shall not make a covenant with the people of this land, but you shall break down their altars.' Yet you have disobeyed me. Why have you done this? Now, therefore, I tell you that I will not drive them out before you; they will be [thorns] in your sides and their gods will be a snare to you."

These scriptures are a stark warning to God's people that their choice to live with their enemy would have consequences.

I think the question here is, why would they choose to live with the enemy over being obedient to God?

Possibly, we have memory problems.   In Judges, the people had short memories.  They refuse to learn from past mistakes.  Everyone did what was right in their own eyes.

There is an illustration of a frog who jumps into a pan of water, as the temperature gradually increases to boiling, at some point, you’d think the frog would jump out of the ever increassing hot water.  Not so, instead, the frog grows more accustomed to the temperature until it is too late.

God does not ask us to do anything that He will not give us the strength to do.  Obedience to His Word is within our power.

Living with the enemy may seem fun, familiar and comfortable--until it isn’t.

When we choose to do the right things, God will give us the strength to stand firm.

Don't settle for less.  Don't compromise.  You don't have to live with the enemy anymore!