How much is this? 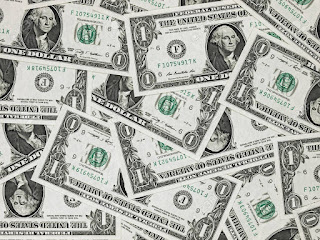 My sister and I went to Florida recently to help our parents downsize and move back to Michigan.  One of the huge tasks that we faced was packing up all the things they would keep, and we also had to prepare for a garage sale to sell the rest.

I will admit that in the 100 degree Florida heat, we were not diligent in pricing all the garage sale items.  Because of our slothfulness, we heard this statement...A LOT..."How much is this?"

The pat answer that soon followed this garage sale question became... "One Dollar!"

We were so overwhelmed by the amount of stuff and the heat that we would have given the stuff away if we could have.

We were amazed as we watched people come and buy bunches of stuff that we thought no-one would want, yet it turned out that someone did value many of these items.

This was the exchange we heard again and again...

Many of the garage sale buyers weren't looking at the valued of the objects they were buying.  They only had one thing in mind--the deal.

But when God looks at us, he's not looking for a deal.  With God, our value begins with the fact that He created us in His own image.  (Genesis 1:27)

In Jeremiah 31:3, the Bible tells us that His love for us is everlasting.  It's relentless!

Just think how highly God valued us that even while we were sinners God sent His son to die for us.  (Romans 5:8)

Unlike the garage sale, where people are looking for a deal, in 1 Peter 1:18, 19 it says, "Knowing that you were not redeemed with corruptible things, like silver and gold...but with the precious blood of Christ."

God looks at us, not as a deal to be obtained at the lowest possible price.  No, He was willing to pay the highest price in the universe to redeem us--the blood of His dear Son.

When God the Father looks at us, he'll never ask, How much is this one?

He knows exactly how much He was willing to pay, and He paid in full.

You are For Me

I'm not a person who struggles with low self-esteem, feelings of inadequacy, or have excessive worry about not being included.

Not that these things haven't come for a visit now and again, I just don't make a comfortable place for them to take up residence.

I'm a fortunate person because I have a supportive family that loves me--warts and all.  They tell me how valuable I am to them, and they are present in my life in an active way.  They have my back.

But there is none more protective of me than my oldest sister, Barb.  She will not engage in any negative talk about me or allow anyone else to talk about me in a contrary way.  That goes for all her family members and friends.  She's a fierce protector.  Consider yourself warned.

Not long ago, I was in a prayer group and one of the members kept repeating this line in prayer, "You are For Me!"

Sometimes, I'm slow at catching things the first time around, but God has no problem repeating Himself for us slow-learners.  Maybe you identify with me and need truth to come at you numerous times before it finally soaks in.

When all the world may seem against us, when every thing is going wrong, when emotions are at fever pitch and we feel ready to throw in the towel...HE IS FOR ME!

Move over Barb, you are not the only one who has my back.

Thank you Lord.  I know YOU are for me!

"You missed a spot!"

In preparation for new carpet, I painted a few rooms in my house.  The day after I finished the first room, I swung open the bedroom door to examine the change the paint had made.

I stepped back and admired my work.  It was an amazing transformation.  The previous darker color with chips, scratches and nicks had been replaced by a light, soft, clean-looking color.  That, however, wasn't the end of the story.

All painters know that after the first coat of paint dries something happens to those perfectly painted walls.  That's when you realize, You missed a spot! 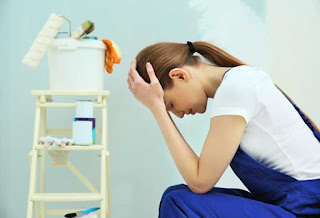 At first glance, standing in the doorway of the beautifully painted room, everything looked wonderful.  A big satisfied smile formed on my face, until I took a closer look.

I shook my head in disbelief.  How could I have missed all these obviously blatant, glaring areas?

There were so many imperfections, as I looked around the room that I couldn't even decide where to begin the touching up.  It seemed as if the whole room needed a second coat.

Unlike my paint job, God's paint technique is flawless.  He steps back, looks us over and says, "Wow! You are amazing, beautiful a real masterpiece.  Good!"

The only problem is--we aren't really good!  We resist God's brush strokes on the canvas of our lives.

Our ugly starts bleeding through His perfection.  Fortunatly for all of us, He willingly picks up His brush and makes the needed touch ups.

He doesn't give up on us the first, second, or third time around...He believes in us to infinity and beyond.

Our Heavenly Father is committed to HIS paint project--US!

It's been a few weeks since I painted the rooms in my house, and the imperfections still keep peeking through.  With each imperfection, it's a reminder to me that even though I am an unfinished work...still in progress, God's steadfast love endures forever.

And if someone looks at your life and says to God..., "Look at her--You missed a spot with that one!"

Don't worry, He's got you covered!

Where are you from? 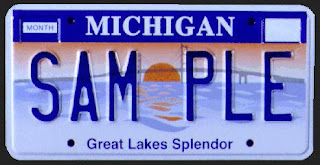 License plates are interesting things.  Each of the 50 states in our great country have their own unique license plate that identifies something special about their particular state.

One of the options for a Michigan plate is the Mackinaw Bridge.  And there are other options like an emblem representing a select branch of the military or a special pictures of nature, but no matter the artwork on any state license plate the important thing about any of theses plates is that they identify where we are from.

You don't have to hear someone's accent or watch their mannerizims to identify if they are from the north, south, east or west.  When they step out of the car they've been driving, you know where they are from because the license plate identify them.

What identifies me to the people I come in contact with in my daily walk?

Am I the rude person at the checkout who yells at a cashier for a mistake? Or am I the person in line who pays for someones groceries because the Lord prompted me to do so? 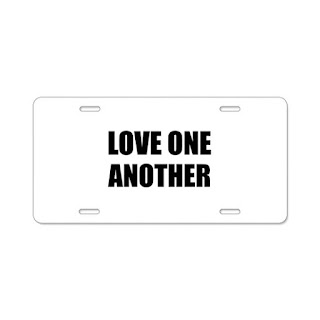 When people look at my actions, can they identify where I'm from?

This is what John 13:35 says, "By this everyone will know that you are my disciples, if you love one another."

Do my actions identify me as one of His?

Is it possible that those around me have no idea where I'm from?