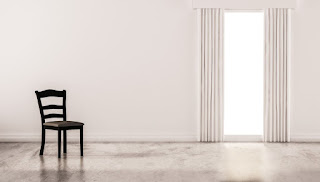 I've never been particularly found of the game Musical Chairs.  It brings out a side of me that is best kept under control—at all times.

I will admit that occasionally there is a competitive spirit that rises up within me and when this happens, I must quickly bring it back into submission to the Lord.

The game Musical Chairs is wrong on so many levels.  We march around knowing that one person will be left wanting, but when the music stops, we push and shove to get a seat for ourselves by displacing another.  The whole point of the game is to repeat this over and over until there is only one person left in the winner's seat.

When you hear Musical Chairs described like this, you may wonder why we ever thought this was fun or willingly participated in such a mean-spirited game.  But, we were kids, and it's was just a game.  We'd never act like that now.  I mean, we're adults.   Right?

Or is it possible that my whole Christian life has been nothing more than a two-person game of Musical Chairs?  Me and Jesus going head to head for the honor of sitting in the winner's seat.  Only, Jesus isn't playing the game right.  He won't fight for the chair.  He doesn’t grab it while I’m trying to sit down and laugh when I tumble to the floor.  Nope! Whenever the music stops, He willingly lets me have it.  There's no pushing, no scrabble for control, if I want the seat, He surrenders it to me.

“So does that mean I win?” Asked competitive Beverly.

Calling the crowd to join his disciples, he said, “Anyone who intends to come with me has to let me lead. You’re not in the driver’s seat; I am. Don’t run from suffering; embrace it. Follow me and I’ll show you how...What good would it do to get everything you want and lose you, the real you? What could you ever trade your soul for?"

In the spiritual game of 2-person Musical Chairs, if I don't take the seat, that makes me the winner.

Come to think of it, that's how I feel about all games of Musical Chairs.