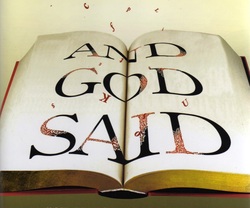 Silence is golden...remember that old saying.  When I was a kid, there was another saying that went like this, children are meant to be seen and not heard.  Ouch!  I'm glad that saying has fallen out of style.

I have to admit, as a young mom, there were many times, at the end of the day, I was thankful to the Lord that my house was silent.  The busyness of the day had ended, and the sounds of babies crying, kids fighting  and me screaming (oops you didn't need to know that) had stopped.  My grandma used to say this, "Ahhh.  Blessed quietness."

Yes, silence is golden, except when we feel that silence coming from the Lord.  When God is the one who is silent, it doesn't feel so golden.

Anytime people are in the mist of struggles; failing marriage, sickness, problems with children or grandchildren, death of a loved one, or a plethora of other personal issues--it may seem that the Lord is silent.  And on the heels of what we interpret as silence--discouragement can creep in.

However, the thing about God being silent...it's a lie.  I know, "lie" is kinda harsh, but how can we say God is silent when he's given us His Word!  The pages of the Bible shout truth and encouragement to anyone willing to read it.  In the past, I also bought into that lie--God is giving me the silent treatment, but here's what the Bible says...

"We are pressed on every side by troubles, but not crushed and broken. We are perplexed because we don’t know why things happen as they do, but we don’t give up and quit.  We are hunted down, but God never abandons us. We get knocked down, but we get up again and keep going...it is only the living Christ within who keeps us safe."  II Corinthians 4:8-10 Living Bible.

"Yes, be bold and strong! Banish fear and doubt! For remember, the Lord your God is with you wherever you go.”  Joshua 1:9 Living Bible

"He heals the brokenhearted, binding up their wounds."  Psalm 147:3 Living Bible

Next time you are questioning if God knows, hears, feels what you are going through remember...God's Word is Golden...but certainly not Silent!