My eyes never left you – not for a moment. 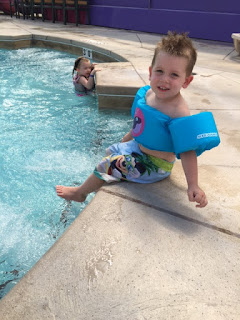 I have a very healthy respect for activities in and around the water.  Okay, maybe I'm a bit over protective to the point of needing to watch everyone's children.   Twice I asked children, "Where is your adult?"


People-watch your children at the pool.

During our pool time, I was left in charge of one of my grandchildren.  I told the parents, "Don't worry I'll watch her."  (In the photo she's the one clutching the side of the pool.)

I watched as she ventured away from me.  My eyes never left her--not for a moment.  However, she suddenly realized that she had lost sight of me.  I hadn't moved, but she did.

I watched the expression on her face change from happy exploration--to concern--almost panic.  Her eyes darted quickly from adult to adult.

Then she saw me.

I smiled at her.

The worry immediately faded away.  Reassured and safe she returned to stomping on the water-pads.

As an adult, I've felt that same fear creep in.  Suddenly I felt unsure, fearful or alone.  I needed the reassurance that my Heavenly Father's eyes were still on me.  I needed to know that I hadn't strayed from His sight.

As long as I live, I hope I never forget either of the expressions I saw that day on my granddaughter's face.  In a instance there was worry then peace.

It was a lesson worth sharing.  When we connect with Him--fear is replaced with peace.  God's eyes never leave us--not for a moment.


Whatever the situation we are facing--HE sees.

HE's there when we're lonely.

HE's there when we're hurting.

HE's there when we're discouraged.

HE's even there when we are tiptoeing into sin.

Be assured HIS eyes have never left you--not for a moment.  He protectively watches over His children.

Job 34:21 in the New King James Version says this, "For His eyes are on the ways of man, and He sees all his steps."

Sweet Peace awaits all who made eye contact with Him.  His eyes have never left me or you--not for a moment.

The best communication is clear and uncomplicated.  I don't care for all the frills and fluff that can get in the way of the message whe... 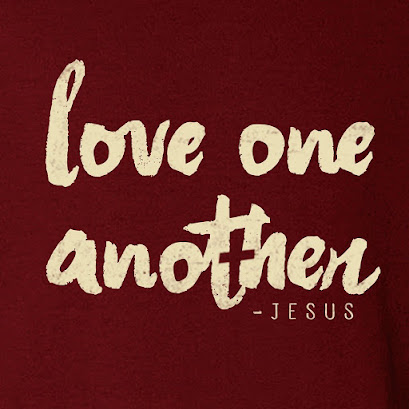