Did You Hear Me? 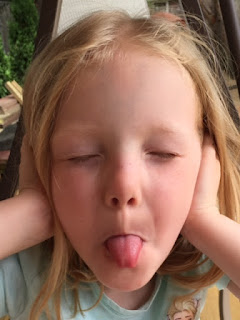 I teach a preschool class at my church on Wednesday nights called “Rainbows.”  I’ve been teaching this class for 15 years.  These little humans who have only been on earth for 3-5 years have taught me many spiritual lessons.

Sometimes I wonder how will a child respond when corrected.  Will they immediately stop what they are doing or will it take a few verbal attempts to bring about the appropriate behavior.

Here are a few things I’ve said over the years in my Rainbow class...more than once:

“Don't throw that wooden blocks at your friend!”

“Use your inside voice.”

“Give that toy back.  She had it first.”

It’s interesting to watch and see who will respond on the first request.

Some kids don’t listen the first time—which promptly brings about this question…Did you hear me?

A verse I read in Hebrews 3 reminded me of this little scene.  It says, “If you hear God speak today, don’t be stubborn.  Don’t be stubborn like those who rebelled.” (3:15 GW)

Just like my little preschoolers, some of us will listen the first time the Lord speaks:

“Tell that person about Me.”

…and then there are those of us who don’t listen the first time and need a gentle—Did you hear me?

This week strive to be the child that immediately responds in obedience to the voice of the Lord.  Don't be stubborn!  Do it today!

I'll be honest--I was a bit skeptical in the beginning.  Would I really use it?  But, as I said, it was a gift, so I had to give it a try.  Once I began using my Fitbit, I loved it.  It was always right there on my wrist spurring me on, encouraging me to press on and take a few more steps each day. 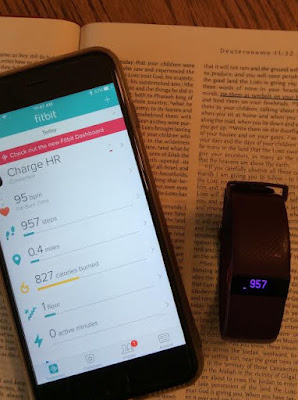 Then I upgraded to the one that has the watch, heart rate and a few other gadgets—bringing all this important information just a finger tap away.

For those who are Fitbit wearers—you know the thrill it is to have that band vibrate on your wrist telling you that you’ve reached your daily goal.  The Fitbit is an excellent reminder to put forth my best effort physically every day.

Wouldn’t it be nice if we had a Fitbit available for our spiritual well being too?

I’d be first in line to buy that.

What if it could remind us to read the Bible and pray?  What if the band vibrated as a reminder whenever the Gifts of the Spirit were at work in our lives?  Whenever we showed Love, Joy, Peace, Patience, Kindness, Goodness, Faithfulness, Gentleness and Self-control the band would signify to us by vibrating--job well done! (Galatians 5: 22-23)

Did you know that God actually came up with the first Fitbit concept?  The concept originated in Deuteronomy.  Chapter 11 gives us clear directions; obey God, be careful what you do, don’t be enticed to sin, teach your children God's truth and… “Fix these words of mine into your mind and being, and tie them as a reminder on your hand…”  Deuteronomy 11:18 (NET Bible)

God’s word is our spiritual Fitbit.  It has to be opened, read and applied to benefit us spiritually.

Here's my gift to you.  Your Spiritual Fitness Program starts today.  Read Deuteronomy 11.  It’s an excellent reminder.
No comments:

I Know What I Want.


I’ve been known to be indecisive at times.  Mostly when I don’t really care about the outcome or the event such as:

Husband:  “Where do you want to go out to eat?”

However, there are times I feel very strongly about things like--directions.

Me:  “Turn left here.  It’s shorter and there is one less traffic light.”

For the most part, when my mind is made up and I know what I want…get out of the way.  That’s what happened when, at the age of fourteen, I realized God had something more available to me.  It was a gift that is available to all Believers.

The Lord filled me up with his Holy Spirit at salvation but there was more and I wanted it.   The Spirit that dwells within me was waiting for the opportunity to overflow!   I wanted this experience and asked the Lord to immerse me in His Spirit…and He did!  I got it!

“All of them were filled with the Holy Spirit, and they began to speak in other languages as the Spirit enabled them.”   Acts 2:4 (NET Bible) 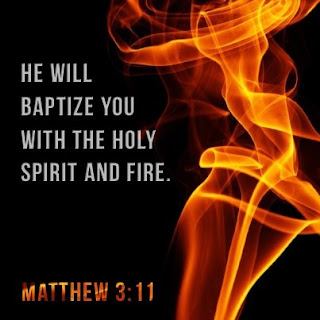 This week, if you have not made the decision to immerse yourself in His Spirit you can do it now.  You can ask the Lord to fill you to overflowing.  The Holy Spirit wants to partner with every Believer to empower them, give them a prayer language and direct them on paths of righteousness.  Receive it—it’s His gift to YOU!

Do you know what you want?

I know what I want!

For "My Girl" who turned 30 yesterday!

When my daughter was four years old, a dear friend in the Philippines bought her a ring with her birthstone.  The ring was so tiny on her chubby hand and looked so sweet.  I was extremely proud of that ring.  So, of course, I put it away so she wouldn't lose it.

I told her it was only for special occasions.

A few days later, she had a little friend over, and she ran inside the house so proud and announced to me, "I have a buried treasure."

"I buried my ring."  Her face beamed with accomplishment.

The next moments were one of those times you wish you could have a "do over!"

I had her show me where she buried the ring.  Then I frantically searched in the dirt, but I couldn't find the tiny ring.   I knew it was lost forever.

A few weeks later, a joyous little girl came running into the house.  She was covered in dirt and held her clinched fist up towards me and slowly opened her hand.  In delight she announced, "I found it.  I found the buried treasure."

In her dirty hand was the ring.  She found what I believed was a hopeless cause.

She's still "my little treasure hunter" but now she is at work burying treasure into the lives of her children.

My daughter's buried treasure reminds me of the parable in Matthew 13:46 (CEB) "When he found one very precious pearl, he went and sold all that he owned and bought it."

Our Heavenly Father sees each human life as a precious pearl and He gave up what cost him the most to redeem us.  He gave his only son, Jesus.

Thank you, Lord for seeing our value, and thank you for not stopping the search.  You continue to  search for Your treasure in broken homes, religious homes, in drug houses, in churches, in bars, on the streets, in schools and in places of business.  Anywhere where there are people--You are searching.  You pursue--until You hold us in the palm of Your hand and rejoice.


A few years ago, I decided it was time to do a kitchen remodel.  While my husband was at work I thought I’d just pull up one small, tiny inconspicuous ceramic tile.  No one would ever know!  The test tile came up with ease--so--I tried just one more.

When my husband came home that evening the whole kitchen floor was removed, and I had partially taken down one of the kitchen walls.
What seemed like a great idea at the time—turned out to be a four month ordeal washing dishes in the bathroom sink and sometimes the bathtub, cooking all our meals in the microwave (okay, maybe we do that all the time) but I did developed a serious cough from the dust that lasted until the end of the remodel.

Normally, a person would plan ahead before the demolition--I did not!   I had not per-ordered cupboards or counter-tops, each of these can take weeks to a month to arrive.  I did not have a construction person lined up.  Nor did I prepared for the rubbish that needed to be hauled away.

My kitchen turned out beautiful, but it would have been a much better experience had I planned it out better before diving in.

"Whoever does not bear his own cross and come after me cannot be my disciple. For which of you, desiring to build a tower, does not first sit down and count the cost, whether he has enough to complete it?"   Luke 14:27-28

Counting the cost doesn't mean you never move forward.  These scriptures aren't giving the Believer a forever pass to stand at the drawing board planning but never doing.

Sooner or later you're gonna have to remove that first floor tile.  It will be a better experience, if you prepare before hand for what is coming.

Count the cost--then get on your knees and get to work.