The Favor of the Lord 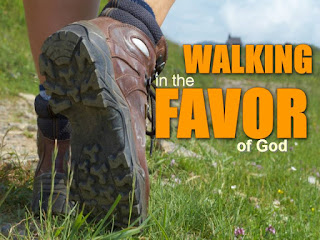 I love it when I'm the favorite, but not so much when someone else is shown favor at my expense.

In my life, I have known what it is like to be both the favorite and the invisible person in the room.  If it were up to me, being the favorite is my preferred choice of treatment.

In large families, it can be nearly impossible to get floor time, you have to fight to be heard.  At times, this can cause people to talk over one another.

I speak from experience here, so sorry to all those in my life that I’ve talked over because of my need to be heard.

I remember the first time I heard this phrase prayed over someone at the altar; I pray that you will know The Favor of the Lord.

I thought it was brilliant, and I wanted to pray that over everyone, and have it prayed over me.  The very thought of having the favor of the Lord was thrilling.  I wanted Jesus on my side at all times, and I wanted to receive the kind of special treatment only He could give.

I may sound a bit needy here, but come on, how special is it to be hand-picked by Jesus and then be shown His special favor.

Daniel knew what this was like.  He was in captivity in Babylon, but even in his distress, God showed him special favor.

Daniel 1:9, says; Now God had caused the official to show favor and compassion to Daniel.

Jesus also knows a little something about favor.  In Luke 2:52 it says, And Jesus grew in wisdom and stature, and in favor with God and man.

Here is a definition of favor; to give unfairly preferential treatment to someone.

In other words, it's favor we don't deserve, but we get it just the same.  This sounds a lot like grace—unmerited favor.

Daniel didn't deserve this favor.  He was a prisoner.  Yet, through God’s mercy, the officials showed him special favor.

Why did the officials do this?  Because first and foremost Daniel had the favor of the Lord.

If you're like me, you probably want to know how you can get some of this undeserved favor.

Here's how, when we come into a relationship with Jesus through salvation, He in return will bless, guide, and protect His children.  That doesn't mean our lives will be perfect without any form of suffering but knowing we are favored is to know that God is with us, and in control, no matter what we are facing.

When you come to the full understanding that God is God, and He is still in control of our lives both in the good times and the bad then you'll better understand some of these familiar Bible stories.

It's time to stop second-guessing, and take hold of this truth; you are HIS favorite.

You have The Favor of The Lord. 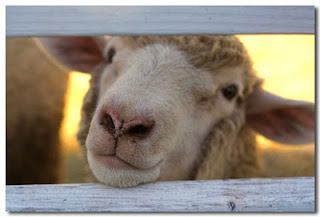 A few years ago, in my preschool class at church, I had a wanderer.
At three years old, she came into my class labeled because she had already wandered away on a Wednesday night when she was a toddler.  The church custodian found her by the dumpster on the far side of the parking lot.
She had wandered a long way from the safety of the nursery.  The dumpster where she was found was only a few yards from a creek that runs along the back of the parking lot.
I still shiver to think of it.  That incident put the fear of God in all the workers that Wednesday evening.
So, when the little wanderer graduated into my class, I watched her well and for three years we were without incident.
Then it happened.
She wandered.

There was an outside youth water activity that caused a crowd to gather in the hallway outside my classroom.  That hallway had a door that led outside where the youth were having their water event.

With only a few minutes left before pick-up, I allowed my preschoolers to gathered at the window of the classroom to watch the fun.
The little wanderer saw a family member outside and took it upon herself to join him, but she didn’t tell me.  When her mother came to pick her up a few minutes later, imagine my surprise when she was nowhere to be found.

Her mother quickly located her and brought her back to me to apologize for leaving the classroom without permission.

As her mother directed her towards me, I could see her brown eyes pooled with tears.  Her sweet little heart was broken that she had caused me worry.  She knew she had done wrong to leave, but the enticement to be a part of something outside the safety of the classroom pulled her away.

I bent down and opened my arms to her.  She ran to me and we hugged.  I whispered in her ear my concern for her safety and reminded her of the classroom rules.

She hugged me a bit tighter.

I held her in my arms.

She promised not to leave the classroom again without permission, and I kissed her cheek.

I know this story isn’t a perfect match to Ezekiel 34:15-16 (TLB), but there are some similarities to our wandering ways and The Sheep Whisper who called us all by name.

"I myself will be the Shepherd of my sheep
and cause them to lie down in peace,”
the Lord God says.
“I will seek my lost ones, those who strayed away
and bring them safely home again.
I will put splints and bandages upon their broken limbs
and heal the sick...

This verse is a sweet reminder to me that I was once a wander with a bad reputation.  Then I responded to the kind voice of The Sheep Whisper.  He found me, embraced me, brought me into safety and forgave my wandering ways.

This is what He did for me and this is what he will do for whosoever will.

v He gathers His sheep.
v His sheep know His voice.
v His sheep obey His voice.
v When His sheep stray, He brings them back into the safety of His fold.
v His compassion is without measure.
v When sheep are wounded He cares for them.
v The sheep that follow Him will be well fed and blessed.

Jesus is The Sheep Whisper.

The Sunday before we were to leave the United States and move to the Philippines to become missionaries, I sat in what would be our last church service in the USA for two years.  On my lap was my daughter, and my sons were sitting next to me in the church pew.

The service had been a typical Sunday evening service that ended with a time of prayer at the altar.  The worship leader sang throughout the altar service.

As this portion of the service was ending,  only a few people remained at the altar.  Then the worship leader began to sing one of my favorite songs; The Steadfast Love Of The Lord.

I won’t lie to you, I had deep concerns about moving my family to a foreign country.  I didn’t know what to expect when we arrived with things like beggars, hungry children, masses of people, ridiculous amounts of traffic, military coups, would I know how to shop in the markets, would the heat be unbearable, I had to learn a new currency, new language, new school for my children, would we be effective for the Lord, what kind of house would we live in, etc.

My mind raced at all the new things we were about to face.  I held my baby girl a bit tighter.  Would my children be safe, would we all be safe in another country?
Then it happened; a God Moment.

A God Moment is when you know beyond a shadow of a doubt that God is using someone or something to speak directly to you.

The worship leader had sung my favorite song through a few times.

About the third time through, he came to this phrase of the song: They are new every morning.

This one line he repeated over and over again.  And when I say over and over, I’m not kidding.  It was as if God told him, don’t stop until she gets it!

I knew at that moment, He would not call me to go and then forget about me once I got on the plane.

Yet this I call to mind
and therefore I have hope:
Because of the Lord’s great love we are not consumed,
for his compassions never fail.
They are new every morning;
great is your faithfulness.
I say to myself, “The Lord is my portion;
therefore I will wait for him.”

This passage of scripture will always hold a special place in my heart.  It is a love note sent directly to me from my Heavenly Father, to give me both strength and courage to look up and find hope.

No matter what difficult situation you may be facing today, God is still God and in Him, you will find love, mercy, and compassion. 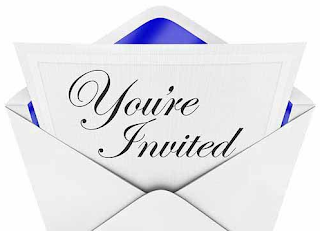 Over the years, I’ve received many special invitations to different events.

With each invitation, I’ve felt honored to be included.

When I receive one of these invitations, the first thing I do is go to my calendar to be sure I'm available.  Then I jot down the special event on the calendar as a reminder to participate.

I think I have a pretty good memory, but many times I've had to rely on my calendar to remember a special event.

In Jeremiah 33:3, God jotted down for all humanity a special invitation.  All we have to do is remember it's available to us.
This is what Jeremiah 33:3 says,
‘Call to me and I will answer you
and tell you great and unsearchable things you do not know.’

When we face difficulties, often calling on the Lord is the very last thing we remember to do.  In times of trouble, sickness, distress, danger, etc. who's your go-to person?

One of my favorite things about receiving a special party invitation is the takeaway gift for all those who attended.

It might be a slice of CAKE and who doesn't love cake!  Whatever the special event might be, usually, there's a little something for those who choose to participate.

And God's special invitation is no different.  His special parting gift to us is, "I will answer you and tell you great and unsearchable things you do not know."

We’ve all received our special invitation.

We only need to call on Him and He will answer.