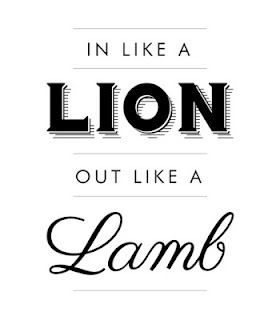 In a few more days, March will be history for another year.  I have heard this saying about the month of March all my life, "In like a lion and out like a lamb."

March can be pretty fickle when it comes to weather.  It can be 70 degrees and sunny one day and a foot of snow the next. (At least here in Michigan.)  One proven fact about a Michigan March is that it doesn't matter if one day is sun and another is snow...eventually spring is coming and with it the promise of more pleasant days than unpleasant ones.

Life can be a bit like the month of March.  We have to remember that when difficulties come our way that it is only for a season.

It's a proven fact that eventually spring is coming and winter is ending.

Ecclesiastes 3 reminders us that no matter what season we presently are in-- change will come.

In this scripture, you may have identified the season of life you are in right now, but don't dwell on the cold and negative days of winter because a season change is coming.

Just as March turns to April and April turns to May...get ready...because what came into your life like a lion is about to go out like a lamb. 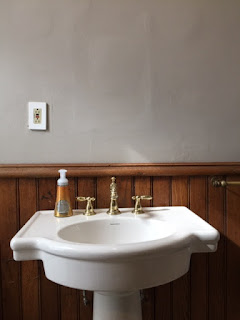 A few weeks ago, I visited my daughter, son-in-law and four amazing grandkids in Indiana.  I was excited to see all of them, but I was also anxious to scope out their new home built in 1883.  Well, not actually new, but new to them!

They haven't been living there very long, and during my visit I noticed an important (to me) missing piece.

The empty wall in front of the bathroom sink was clearly missing something.  With wet hair and no make-up, I asked my daughter, "Where's the mirror?"

As I gazed at the non-reflective bathroom wall, the lack of a mirror reminded me that I was about to go out in public without doing any self-examination.

In James 1:22-25 (NIV) the Bible tells us that the Word is like a mirror that tells us the truth about ourselves.

Do not merely listen to the word, and so deceive yourselves. Do what it says.  Anyone who listens to the word but does not do what it says is like someone who looks at his face in a mirror and, after looking at himself, goes away and immediately forgets what he looks like. But whoever looks intently into the perfect law that gives freedom and continues in it—not forgetting what they have heard but doing it—they will be blessed in what they do.

When I looked at that empty bathroom wall hoping to see my refection, all I could think was, Where's the mirror?  I needed it.  I wanted it.  I knew without it things weren't going to be as they should.  I didn't want to leave the house with messed up hair, a smudge on my face or messy make-up.

The same is true with our spiritual appearance.  We need to take a fresh look in the mirror of His Word daily to do some much needed self-examination before we mix with other people.

So, Where is your mirror? Have you looked in it lately? 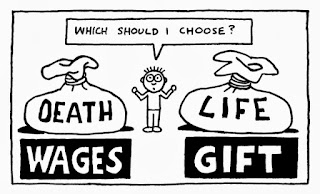 "Are you paying me?"

I've heard this phrase a hundred times in my life, and I too, have asked this question.

This question has become a favorite from two of the grandchildren who are temporarily living with us.

The grandkids have learned that their labor is worth something because I've paid them before.  If I need sticks picked up or leaves raked, it's going to cost me.  Their past payment for yard work has been a few dollars, a trip to the thrift store or the best wage of all...a grandma hug.

However, they never pick the hug.  I may be doling those out a bit too freely.

When it comes to yard work, I have one worker who usually works a bit harder than the other.  I won't name names, but it's the girl.  She really has the whole "workman is worthy of his hire" thing all figured out.

If she works for it, she expects to be paid for it.  She is very mindful of the concept; how hard you work should equal how much you are paid.  She may have lived more of her life overseas than in America, but she's a capitalist at heart.

In the Bible, we are reminded of this principle of wages being paid for services.  Nope, I'm not going to tell you the parable of the laborer, but that's a good one.

This is payment that all of us would like to reject, but that's not how the wages of sin works.  You do the sin--you're gonna get paid with death which equals eternal separation from God!

The great news of Roman 6:23 is found in the second part of the verse.  This part gives us a reprieve, a renegotiation of the pervious set wages.


"...but the gift of God is eternal life
through Jesus Christ our Lord."

Now that's a wage that no one should argue with, yet many still walk away from the negotiation table leaving that gift unopened.

Who are you talking to? 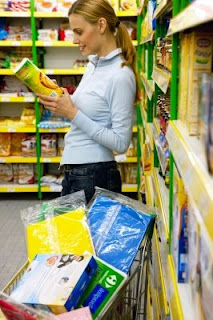 At the grocery story,  I saw a woman carrying on a full blown one-sided conversation with a box of cereal.   As I watched from a safe distance, her conversation became animated and one hand began gesturing.

From my place of safety about half a row behind her, I wondered if I should proceed with caution or backup-on-outa there.

I waited for a few seconds and then decided to push my cart forward, as far as I could around her, passing on the left.  I glanced back over my shoulder as the woman continued her one sided conversation.

She seemed so absorbed with the cereal box that I thought I was totally oblivious to her.

Then, ever so slightly, the woman turned her head and pointed at her ear.

That's when I realized I was a gawker, and she was on a bluetooth ear piece talking to someone on the phone.

Well, that was embarrassing!  Yet, it did cause me to ask this question...

Whose voice are you listening too and whose counsel are you taking?

In the Bible, Psalm 1 is an excellent chapter to put to memory.  It gives us a step by step warning about the slow progression into bad counsel.  First you walk, then stand, then sit and once you take a seat, you've made a comfortable place for the ungodly, the sinners and the scornful to whisper into your ear.

Blessed is the man
Who walks not in the counsel of the ungodly,
Nor stands in the path of sinners,
Nor sits in the seat of the scornful;
But his delight is in the law of the Lord,
And in His law he meditates day and night.
He shall be like a tree
Planted by the rivers of water,
That brings forth its fruit in its season,
Whose leaf also shall not wither;
And whatever he does shall prosper.
When taking counsel from others, remember these things.

Look for people...
These types of advisers will give you the best chance of success.

And most importantly, seek the Lord on your own account.

In Isaiah 30:21 it says, "whether you turn to the right or to the left, your ears will hear a voice behind you, saying, "This is the way; walk in it."

At the grocery store that day, I watched the woman talking to the cereal box, I believed one thing but in reality what I saw was not true.

In this life, we need to be sure we know who we are talking to, and who we are listening to!

A Scent of Water

There are certain smells that bring good memories l ike springtime.  I have good memories of opening the door on that first warm morni... 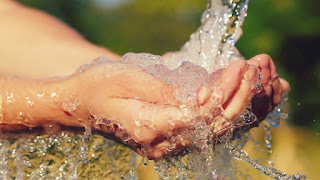